A Brief Introduction to Psychodynamic Theory 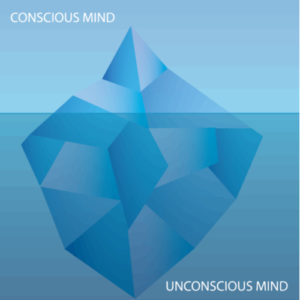 Freud: The Father of Talk Therapy

Sigmund Freud is often referred to as the father of talk therapy. This is because he developed one of the first methods for investigating the sources of people’s mental disturbances (as they would have been described) through talk and exploration. Freud was influenced by ideas about the mind and unconscious that had become popular in intellectual circles during the mid-nineteenth century. He was fascinated by the proposed association between the unconscious mind and presenting psychological and physiological symptoms.

Freud originally was involved in the fields of anatomy, physiology, and neurology. He moved away from neurology in his early thirties, however, when he became interested in the case of Anna O. Anna was a young woman who developed a variety of symptoms following her father’s death including sleepwalking, suicidal thoughts, paralysis on one side, and being unable to drink fluids for days at a time. Her physician, Josef Breuer, diagnosed her with “hysteria.”

Anna would go into a trancelike state some evenings and speak about her fears. Breuer noticed that her symptoms were greatly alleviated a day after she spoke of her problems in this hypnotic state. Breuer began to discuss daily with Anna her early experiences and latent fears in a non-hypnotic state. He called this treatment “talk therapy,” and Anna went on to make a full recovery.

Breuer was one of Freud’s mentors. Freud was fascinated with the case of Anna O. This case helped him assess the practice of bringing unconscious fears and experiences to the forefront of consciousness to alleviate symptoms of hysteria and other psychological ailments. Freud’s thinking evolved into what would be called psychoanalytic theory which emphasized the role of early experiences, trauma, and unconscious fears in the development of later psychological ailments.

Freud has been celebrated as the “discoverer of the unconscious” (although this claim can be challenged!) (Deecke, 2012). Along with Breuer, Freud continued to study many cases that illustrated how bringing unconscious experiences to the forefront of consciousness alleviated symptoms of hysteria. Today, hysteria, as it was referred to back then is better understood as encompassing a range of symptoms such as anxiety, obsessions, and phobias. Women were commonly diagnosed with hysteria in the eighteen hundreds; it was often thought that women with hysteria had unconscious psychosexual issues, sexual fears, or sexual dysfunctions that manifested in the symptoms of hysteria.

Breuer and Freud published Studies in Hysteria (1895) in which they discussed their ideas about the origins of hysteria. The case studies explored in this book helped Freud develop psychoanalytic theory. The talk therapy Breuer conducted with Anna O. came to be referred to as psychoanalysis.

Academic fields that contributed to the early development of psychoanalytic included psychiatry, philosophy, neurology, archaeology (surprisingly), and physics. Physics contributed to psychoanalytic theory with the idea that when conservation of energy (psychosexual energy) occurs neurons (individuals) will want to discharge this energy (Page, 2011). A new field called neurophysiology began looking at the role of unconscious processes in the development of neurotic symptoms.

A key component of psychoanalytic theory is understanding the structures of the mind and layers of consciousness. According to Freud, there are three different layers of consciousness: “The conscious, consisting of everything a person is aware of at a given moment in time; the preconscious, comprised of memories that can easily be brought back to awareness; and the unconscious, or everything that a person is unaware of at a given time.”

Freud divided the mind into three structures: the id, ego and superego. He described the id as the primitive part of the mind that wants what it wants  when it wants it. The id has to do with basic needs and instincts. The ego is more self-reflective and understands that there are rules and consequences in society. It helps you function and reflect on how to get things done in a manner that is socially acceptable and doesn’t hurt others. The superego is the aspirational and morally driven part of the mind that views reality more abstractly and through a lens of what’s wrong and right.

“The psychodynamic approach includes all the theories in psychology that see human functioning based upon the interaction of drives and forces within the person, particularly unconscious, and between the different structures of the personality. Freud’s psychoanalysis was the original psychodynamic theory, but the psychodynamic approach as a whole includes all theories that were based on his ideas, e.g., Jung (1964), Adler (1927) and Erikson (1950). ……. Remember that Freud’s theories were psychoanalytic, whereas the term ‘psychodynamic’ refers to both his theories and those of his followers. Freud’s psychoanalysis is both a theory and therapy.”

The practice of psychoanalysis flourished during the early twentieth century. Freud did a lot of work in the area of convening, training, and standardizing psychanalytical practice. He was quite vocal about eliminating bias in the way patients from different class backgrounds were treated. (Danto, 2017).  Some of the main concerns of early psychoanalytical theory included understanding traumatic events in a child or adult’s history that could disrupt his development. Freud was a vocal proponent of countering sexual repression and believed all children were born bisexual.

In social work practice, psychoanalytic approaches have been used to treat patients with a wide range of presenting problems, in short-term and long-term therapy, and individual, couple, and group therapy. Many contemporary psychoanalytic therapies are not focused as much on the uncovering of past traumas and experiences to understand psychological symptoms, but rather on utilizing common therapeutic factors that are effective in treatment. These common factors include free association and the ability to trust the therapist.

Psychodynamic therapies, which again, refer to theories and techniques not limited to psychoanalysis but that emphasize the unconscious’s role in solving problems, have been found to be effective in treating a wide range of presenting problems including depression, anxiety, PTSD, substance abuse, personality disorders (Leichsenring, Leweke, Klein, & Steinert, 2015). Psychodynamic approaches consider the impact of a person’s social environment on their behavior, which is a natural fit with social work’s emphasis on person in environment. Techniques that are part of the  psychodynamic approach that may be used by clinical social workers include free association, use of transference, ego-state analysis, dream analysis, uncovering unconscious or subconscious psychological content or experiences, and play therapy (Shepherd Cowley, 2017, p. 212)

Social worker students must gain a basic understanding of psychoanalytic theory, psychoanalysis, and psychodynamic theories and models. Any student of psychology or clinical social work will be greatly enriched by learning the history of talk therapy. There are numerous books, websites, and videos that can provide students with introductory information about these theories and models, but of course, they can also take a course or series of courses that focuses in part or wholly on psychodynamic theories.

Social Worker Spotlight: Interviews
10 Places To Volunteer If You're Interested In A Career In Social Work
10 Famous People Who Have Social Work Degrees
10 Common Misconceptions About The Poor
30 Most Beautiful Modern Community Centers In The World
10 Celebrities You Didn't Know Were Adopted
10 Worst Cases of Welfare Fraud Ever (So Far)
Social Work Degree Scholarships, Grants, and Loans
...View More

Is Institutional Racism a Real Thing?

What do Social Workers Need to Know about Resilience and Grit?

What Do Social Workers Need to Know About Restorative Justice?

What Do Social Workers Need to Know About Trauma?

What Is Aging and Gerontology Social Work?

What is School Social Work?

What Risks Do Social Workers Face?