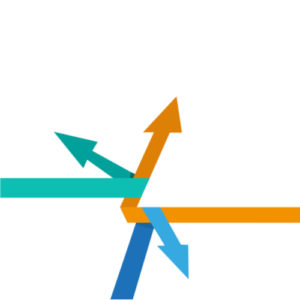 Class division in the United States is a real struggle. “The rich keep getting richer,” as the saying goes, and the poor keep getting poorer. But why? What can we do about it? These questions, most famously posed by Karl Marx in the mid- and late-nineteenth century, form the broader conflict theory definition.

After the Cold War, which took place more than a century after Karl Marx’s death, anti-communist rhetoric spread throughout the United States. This campaign silenced the teachings of conflict theory considerably. Today, however, everything that Karl Marx, Max Weber and their colleagues warned about is coming true.

According to an Inequality.org report, the top 1% of income earners have doubled their earnings (from 1969-2017), while those in poverty have seen no increase over the same time period. This grim statistic is at the heart of the conflict theory definition; it’s exactly what Marx, Weber and company said would happen. The following report will peel apart the layers of propaganda on both sides, taking an objective look at the theory and providing conflict theory examples in a modern context.

The German philosopher, lawyer, activist and author Karl Marx is most often credited with the creation of conflict theory. These are the core principles that define his theory:

Though Marx is most often given credit as the “father,” or at least “a father,” of social theory and communism, he was not the only one who dedicated his life to it. German philosopher and economist Max Weber (1864-1920) agreed with the social conflict theory, but he wished to expand it. Where Marx focused mostly on economic inequality as the engine of conflict between classes, Weber argued more subjective factors had equal influence. A person’s race, religion, gender, political affiliation, attitude towards governmental leaders and other factors can influence the conflict level, Weber believed. This allowed for a broader picture of inequality, qualifying the poor as not just penniless, but socially excluded.

Max Weber then went on to author several popular works that focused on the role of religion and societal and economic matters. His most famous book, The Protestant Ethic and the Spirit of Capitalism (1905) offered a bridge between religion and economics that the world hadn’t seen before. Thanks to Weber, who is more often labeled a socialist, the world gained new insights about the role of religion in society.

Marx and Weber were the first generation of social conflict theorists, but the belief system is still prevalent among modern thinkers. Social scientists use conflict theory not to argue against capitalism as a whole, but to further explain the causal factors behind different forms of inequality. Unfortunately, the structural inequality first referenced by the two founders is also still alive and well. Let’s take a look at some modern conflict theory examples in action.

The way that large companies are structured in capitalist economies today is very similar to the “pyramid” structure that Marx referred to. A small executive board enjoys a very large portion of the earnings, and a much larger number of employees is paid minimum wage or slightly more. This observation holds throughout most fast-food chains, retail companies, manufacturing companies and more.

From another perspective, companies will sometimes perpetuate class division by cornering a market and raising the price of a product by a large amount. In the case of pharmaceutical companies, for example, who face very few (effective) sanctions from the friendly government, the price of a life-saving drug may be increased 5000 percent overnight with no consequence. The rich can afford it, the poor die off or become poorer, and class division is increased.

The optimistic view of capitalism upholds public education as an opportunity to increase one’s social class. Conflict theorists, however, often consider conflict theory in education as a piece of the structural inequality discussed earlier – a method of control. Low-income students are less likely to succeed because they have family obligations, part-time jobs, and a lack of the necessary materials. More affluent families can afford private school and school supplies, and their children don’t need to work as early in life.

Another example of conflict theory in education is the placement of students in different “tracks.” Students whose families can afford the resources necessary to succeed in school often get placed in advanced tracks, where they are challenged more. Students who are already struggling are placed in lower tracks, where resources are of lower quality.

We as a nation have rejected communism. We’re also very hesitant to accept socialist ideas. This doesn’t mean, however, that we can’t learn from the teachings of conflict theory. We can use the deep insights provided by Marx, Weber and modern thinkers to monitor and work against the structural inequality that keeps the working class from making a better life for themselves.