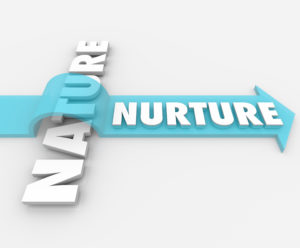 The classic “nature versus nurture” discussion is a great place to enter the world of developmental theory, but it’s just the very beginning. For centuries, social, medical and philosophical experts have pitched in their thoughts as it regards the nature of human development, forming an entire discipline that still thrives today.

Developmental theory seeks to answer several pressing questions about how humans become who they are. What makes a habit more likely to form? What effects does the environment have on learning, social interaction and overall development? How do we learn to deal with stressors?

The better that social workers can understand the conditions of human development, the better we can serve our clients. Understanding human development matters because it gives us insight into the “programming language” that forms our temperament, our capabilities, our opinions, and virtually everything else that makes us human. With access to this language, social workers can approach clients in highly impactful ways.

Over the centuries, developmental theorists have focused on a key set of dynamics or capabilities. Each theorist had a new perspective on development, but they were all in some way or another concerned with cognition, social and psychological development, sexuality and consciousness.

Cognition – Whether they research it before the fact or learn it through direct experience, parents will be able to recognize the developmental milestones in this area. A child should be able to pick up and examine an object, for example, by six months. By twelve months, they should be able to follow one-step commands. Developmental theory seeks to pick these cognitive milestones apart, so that we can learn about (and reproduce) the conditions that allow them.

Social Development – How does the number of siblings, gender breakdown of siblings and age gap between them influence a child’s social development? What role does climate, income level, physical activity and population density have on a child’s assimilation into society? Volumes upon volumes of research have been conducted in this area, but society is ever-changing. The questions are not likely to stop coming any time soon, but the overall premise remains the same: Define the building blocks of the socialization process.

Psychological Development – It may seem like an odd concept at first, but even the perception of something as inscrutable as a sound or a color can vary according to the way one was brought up. At least, that’s what some developmental theorists believe. They also correlate upbringing to psychological health. A study conducted by the Society for Research in Child Development (SRCD) found that infants who were the most upset after briefly separating from their parents demonstrated higher rates of social anxiety later in life.

Sexuality – While the developing child is still several years away from direct exploration of their sexuality, many developmental theorists argue that “psychosexual development” begins as early as just a few months old. Freud was especially influential here, which we will review in more detail below. The general premise is that a child’s experiences early in life may influence many aspects of their sexuality later on.

Consciousness – Also visited frequently by Freud was the topic of subconscious and unconscious forces. He and many others who follow his teachings believe that we all have components to our personality (the id, the ego and the superego) that work with each other to adapt and survive. According to these theorists, a child’s (or an adult’s) decisions are not as conscious as we might like to think.

The Five Pillars of Developmental Theory

In exploring these aspects of human development, philosophers, social scientists, psychologists and other experts have formed several popular theories. Think of developmental theory as an “umbrella theory” that sets the stage for these other theories to state their arguments. Dating as far back as the mid-nineteenth century, these five schools of thought are still considered the foundation of developmental theory.

Psychosocial Developmental Theory – Pioneered by Erik Erikson, the psychosocial development theory defines human development in eight stages. Erikson believed that each stage took the form of a crisis and that the outcome of the crisis would either harm or help the psychological and social development of the person. For example, stage 1 is “trust vs. mistrust.” If a baby is not comforted enough when it is hungry, bored, tired, etc., Erikson believed that it would become mistrustful, leading to social and psychological issues in the future. And so it went through the eight stages to adulthood.

Attachment Theory – Those who didn’t take a hard left turn from Freud’s ideologies at least expanded upon them, as John Bowlby did with attachment theory. He believed that reliable, meaningful relationships between a child and a parent (or anyone else) were about much more than food and protection. These relationships, said Bowlby, can have a strong influence over the child’s social and psychological development. Even decades later, research has found that children with healthy attachments grew to build and maintain healthier relationships of their own.

Cognitive Development Theory – Almost as general and all-encompassing as the umbrella of developmental theory itself is Jean Piaget’s cognitive development theory. To summarize, he made these claims:

The stages mentioned above are: Sensorimotor (birth to two years old), Preoperational (2 to 7 years old), Concrete Operational (7 to 11 years old) and Formal Operational (12 years and older). As a child moves through the stages, they refine the learning process. They start by touching, throwing and inserting objects into the mouth, then they develop linguistic skills, then they begin to understand symbols and metaphors, and so forth.

Social Learning Theory – We’ve dedicated an entire article to social learning theory, which is particularly relevant to the social work field. Albert Bandura’s theory states that children learn by observing and imitating the behavior of others. If the child believes that the observed behavior will produce a reward (by watching the original actor do so), they will remember the action and attempt to reproduce it when the context is appropriate.

Don’t think of these competing interpretations as four wrong answers and one right answer, because developmental theory isn’t so straightforward. A misty haze of countless variables surrounds this ambitious question of how we become who we are, and for each theory that offers insight, we can see just a little bit clearer.