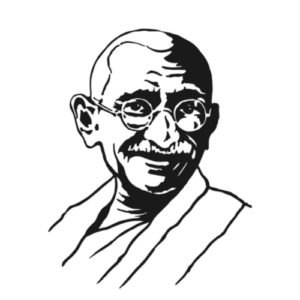 In most cases, it’s impossible to quantify the societal impact of any single social worker’s efforts. We can all contribute to the campaign against underage alcohol and tobacco use, for example, but the outcome is measured in terms of overall campaign success (i.e., overall reduction in underage drug users across the United States) – not individual contribution. Every so often, however, a social worker comes along who transcends this humble anonymity by virtue of their massive, single-handed efforts to bring awareness to ignored problems.

History’s most notable social workers aren’t only revered because of their individual efforts, but their ability to inspire movements that persist long after they are gone. With that in mind, the following list is dedicated to five key social workers from history who created opportunities for change where there were few to none.

Considered by many to be the founder (or a co-founder) of modern social work itself, Jane Addams’  name is permanently cemented in the history of social work. Her notoriety, however, is not simply a product of being one of the first to legitimize the field. It was her tireless efforts for women, child laborers, the poor, the uneducated, immigrants and the other under-served audiences within her surrounding community that earned her a permanent spot in the annals of social work history.

Jane Addams is most often credited with founding the first settlement home in the USA, known as Chicago’s Hull House, in 1889. The Hull House served as a center to educate and provide other services to the aforementioned demographics. In addition to her work at the Hull house, she created and contributed to several initiatives designed to bring equality to these groups, such as 1916’s Federal Child Labor Law. She joined hands with lobbyists, speaking publicly, marching and offering support for the Women’s Suffrage movement, the anti-war (WWI) movement, urban sanitation reform, and much more. Jane Addams is even credited as a co-founder of the National Association for the Advancement of Colored People (NAACP).

One of the most timely and substantial contributions ever offered to the devastated families of persecuted Jews during and after the holocaust came in the form of Alfred Neumann and his organization, the Jewish Family and Children’s Service of Colorado. The Austrian-born social worker, before he fled Nazi-occupied Vienna, was a key figure in their “demogration department,” which refers to a group that housed, protected and advocated for fleeing Jewish families.

After coming to the United States and receiving his master’s in Social Work in 1941, Neumann began to work with Jewish family and children services agencies, first in Cleveland, then in Minneapolis. Eventually, he landed at the above-mentioned Jewish Family and Children’s Service of Colorado, and stayed there as executive director from 1948 to 1976. Even after his “retirement,” Neumann continued to affect change on a high level, consulting for the Office of Economic Opportunity and Head Start programs, for which he trained many staff members and volunteers before his death.

Heavily invested in the world of occupational social work, Frances Feldman devoted her career to studying the human experience from an occupational lens and making much-needed changes based on her findings. She was able to expose widespread discrimination against cancer survivors during the 1970s with an objective study that incited a permanent policy change. According to her findings, workplaces subjected cancer survivors to poor working conditions. As a result, many states changed their legislation to require fair working conditions for this demographic.

From 1934 to 1982, Frances Feldman  worked in public welfare, family service, faculty counseling and employee assistance programs. She published an ample body of work on the social and psychological significance of money, as well as works relating to specific fields and training information for educators and social workers. In addition to workplace equality and wealth distribution studies, her reports are regularly referenced to measure the significance of social events, as in the case of the Watts riots in the 1960s. Possibly her greatest accolade was the creation of credit counseling, an enterprise that now maintains roughly 300 branches across the US.

Born a year before emancipation as a slave, Ida B. Wells became a bridge for newly freed African Americans throughout the south who, despite emancipation, continued to face many great injustices on personal and institutional levels. Wells lost her parents and a sibling to yellow fever as a 16-year-old student. She had to drop out of school (Rust College, which her father James Wells helped to create) to find work as a teacher and take care of the rest of her family. Once, while traveling by train, Wells was told to move to the “colored people” car, even though she had purchased a first-class ticket. Upon refusing, she was forcibly removed. She sued and won, but the case was overturned.

Ever since that day, Wells became very active in racial issues throughout the south. She is credited as the first person to ever document the lynching of African Americans, an important part of her anti-lynching campaign. She contributed to newspapers frequently, writing for notable publications of the day, like the New York Age, even presenting her anti-lynching campaign to President McKinley in hope of sparking reform. She was once targeted by a mob, who destroyed her equipment, but did not harm her. Later in life, Wells was instrumental in creating the National Association of Colored Women, the NAACP, the Alpha Suffrage Club and more.

The very well-known protestor, lawyer and nationalist has been given several other titles, but “social worker” is generally not among them. Considering the stand he took for Indian nationalism and civil rights, however, and his efforts for the poor and disenfranchised, his merit as a social worker is doubtless as well. Even before returning to India at the age of 45, Gandhi practiced his signature nonviolent protest while living and working in South Africa. After his return to India, he embarked on a campaign that would last until his assassination in 1948.

Gandhi fought peacefully to free the Indian people from British rule, engaging their oppressors on many fronts, such as when he urged his people to not contribute to the British involvement in World War II. He housed, taught and advocated for countless poor throughout his life. Gandhi also negotiated with the British, who agreed to free political detainees. As both peaceful protestor and lawyer, Gandhi was able to call for political reform and directly negotiate it with the British. His list of accomplishments is pages long, and he is called by many titles, but social worker is as fair an assignment as any.