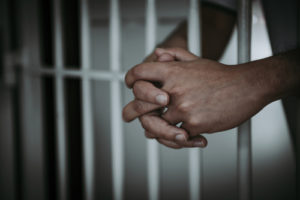 Without rehabilitation built into it, incarceration is not a solution. A 2011 study on recidivism rates in the United States found that 43% of released prison inmates re-enter the system. Of this number, 36.8% were back in jail within six months of release. Many states have even relaxed their drug possession laws slightly in an attempt to alleviate pressure on the US penal system, but this doesn’t deter criminal behavior at the source. Enter the correctional social worker, a strategically placed professional designed to disrupt prisoners’ lives for the better.

While it tops the list to be sure, reduced recidivism is not the only aim of corrections social work. Prisoners in the United States number 2.3 million and counting. That’s 2.3 million people not contributing to GDP, 2.3 million people leaving families to cope with less support, and 2.3 million people bleeding tax payer money via the US criminal justice system. Simply not going back to prison is just the beginning. Read on to find out how social workers enrich quality of life and self-sufficiency for prisoners across the country.

What Correctional Social Workers Do

Frankly, mental health services in prison are in a poor state. The Federal Bureau of Prisons promised greater supervision and services with a 2014 policy change, but as it turns out, they increased the requirements for inmates to achieve higher levels of care and supervision. Suicide attempts are experiencing a normalizing trend in prison, and they’re easy to isolate from the public eye.

Mental health services can take many forms in this setting. Corrections social workers can lead individual or group meetings focused on a particular issue (anger management or alcohol abuse, for example), or they can see a rotating list of clients with varying mental health challenges. In many cases, social workers are called upon to make changes in the environment to better suit an inmate’s mental health needs.

Focusing on a productive future is a powerful rehabilitation tool in itself. Additionally, the ability to secure a stable income after being released is a strong deterrent to recidivism. For these reasons, social workers in the correctional system are often focused on building the essential skills needed to acquire and keep a job. Depending on the inmate’s background, including how long they’ve been incarcerated, they may need to start with the fundamentals: how to apply for jobs, how to dress for an interview, how to address coworkers and supervisors, and so on.

These services don’t necessarily end with the prisoner’s release. Many correctional social workers will continue to advise prisoners as they search for jobs, and some will even contact potential employers to explain to them the prisoner’s situation.

In addition to preparing for a job, prisoners also benefit from “re-entry training” services – especially if they’ve been incarcerated for a long time. Going back to school, finding a place to live and refusing invitations to commit illegal acts from old friends are all important milestones for which the newly released inmate must be prepared.

The handling of family affairs, especially when it comes to custody and visitation rights following incarceration, can make or break an inmate’s desire to become a contributing member of society. Both during and after incarceration, correctional social workers can use any number of tools to bolster the inmate’s relationships with family members, including:

Each inmate’s family situation is unique, so it’s important that correctional social workers closely align their objectives with the inmate’s subjective input. Every social worker can attest to the saying that goes, “You can’t help someone who doesn’t want to be helped.” By working with the client and their family in a way agreed upon by both parties, social workers can turn band-aids into permanent solutions.

According to a U.S. Department of Justice report, 65 percent of prisoners in the United States had no high school diploma. Education and criminal activity have long been solidly correlated by a great many researchers and statisticians – far beyond coincidence.

Social workers in prison do not necessarily push educational initiatives that exactly mirror high school curriculum (i.e., core competencies like math, physics, and so forth), though they are sometimes available. Instead, social workers tend to focus on educational programs that emphasize the social well-being of a prisoner, with added emphasis on legal and ethical soundness.

For example, marriage education, substance abuse education, sex education, parenting courses and other like programs can help prisoners better understand the causes and consequences of the above actions/problems, which will prevent recidivism, strengthen relationships and increase overall quality of life for prisoners who heed and apply the information.

Correctional social workers can also assist probation and parole officers after a prisoner is released, or if they were never sentenced to jail in the first place. The social worker can help to supplement the probation officer’s knowledge base regarding any particular client so that the officer can supervise them more efficiently. The probation officer will have access to the client’s offenses and sanctions, of course, but they can gain a much closer perspective if they can pore over the assessment data provided by a social worker.

A strong synergy between social worker and probation officer will provide the client with that much more to lean on following their release, including community programs, family-building strategies and continuation of the action plan for re-integrating into society.

However underfunded it continues to be, the world of correctional social work still affects positive change in the lives of prisoners across the United States. Each step made by this profession brings the US penal system one step closer to rehabilitation and one step farther away from pointless punitive measures. Prison reform may not be as hot a topic as immigration or health care, but it will never cease to be an issue until we make foundation-level changes in terms of rehabilitative services.